According to the Osafune Sword Museum, Paul Martin is one of the world’s leading Japanese sword experts. A former curator in the Japanese section at the British Museum in London, he has resided in Japan for over fifteen years.


He holds an M.A. in Asian Studies (Japan) from the University of California, Berkeley, and is a trustee for the Nihonto Bunka Shinko Kyokai Public Foundation (NBSK). Additionally, he is a designated Bunka Meister (Master of Culture) for Honganji Temple’s (Kyoto) cultural organization, the Japonisme Shinko Kai, and a recognized specialist by the Japanese Government’s Ministry of Land, Infrastructure, Transport and Tourism (MLIT), where he advises various prefectures on how to promote swords and other aspects of Japanese history and culture to non-Japanese visitors.


He also has his own column with the English language online page of National Newspaper company, Sankei Shibun’s, JAPAN-Forward. Paul was also the first Samurai Spirit Tourism ambassador for the Tohoku region, trying to help rebuild the area following the 2011 earthquake and tsunami.

A two-time winner of the sword appraisal competition in Tokyo (the first non-Japanese to do so), Paul has also produced exhibitions, publications, DVDs, an award-winning documentary, as well as appearing on TV all over the world, including a Stevie award winning advert for Turkish Airlines.

He has provided translations for all of the major sword institutions in Japan (The Japanese Sword Museum, the All Japan Swordsmiths’ Association, and the All Japan Traders Association), as well as translations and talks for many major sword and fitting exhibitions held by premier Japanese museums (Kyoto National Museum, The Japanese Sword Museum, Sano Museum, Nezu, Museum, The Samurai Museum, Osaka Museum of History, Fukuyama City Art Museum)

As well as academic and media pursuits, Paul is also an accomplished martial artist holding 5th Dan in Iaido and 4th Dan in Kendo. A 3rd Dan in Karate, he was a National Team member of the England Karate team and a three-time English karate champion (lightweight U65kgs).

Paul continues to give expert advice to the world’s media, and Japanese local governments, creating a valuable bridge between East and West, making Japan and its cultural treasures more accessible to the outside world via the English language by utilizing various media. 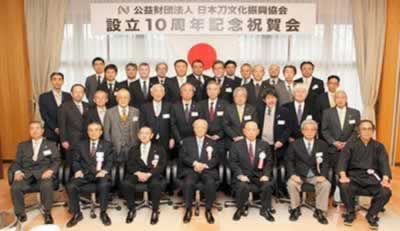 Paul Martin has been appointed as a Trustee of the Nihonto Bunka Shinko Kyokai Public Foundation (NBSK). A public Foundation that supports Japanese sword craftsmen, and promotes sword culture and the related crafts around the world. 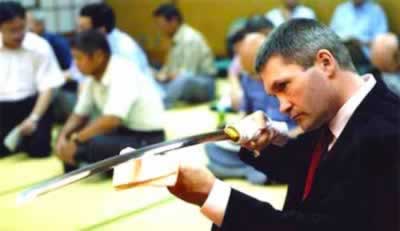 On Saturday 27th January 2018 Paul Martin took first place at the NBTHK Tokyo Branch new year Ippon Nyusatsu (one guess per sword) Kantei Kai competition. It is the second time he has been placed first in the competition and the first non-Japanese to do so.